So I’m a sheep. Yep! I saw the droves of people on Facebook desperately seeking a Kmart air fryer to get their hands on, and I crumpled. I had to see what all the fuss was about! Turns out it’s even more amazing than I thought, and now I’m baking air fryer banana cake and well, basically everything you can imagine in it. I’ve even joined the Kmart air fryer group, and not a day goes by when I don’t jump on there to see what ideas people are coming up with. 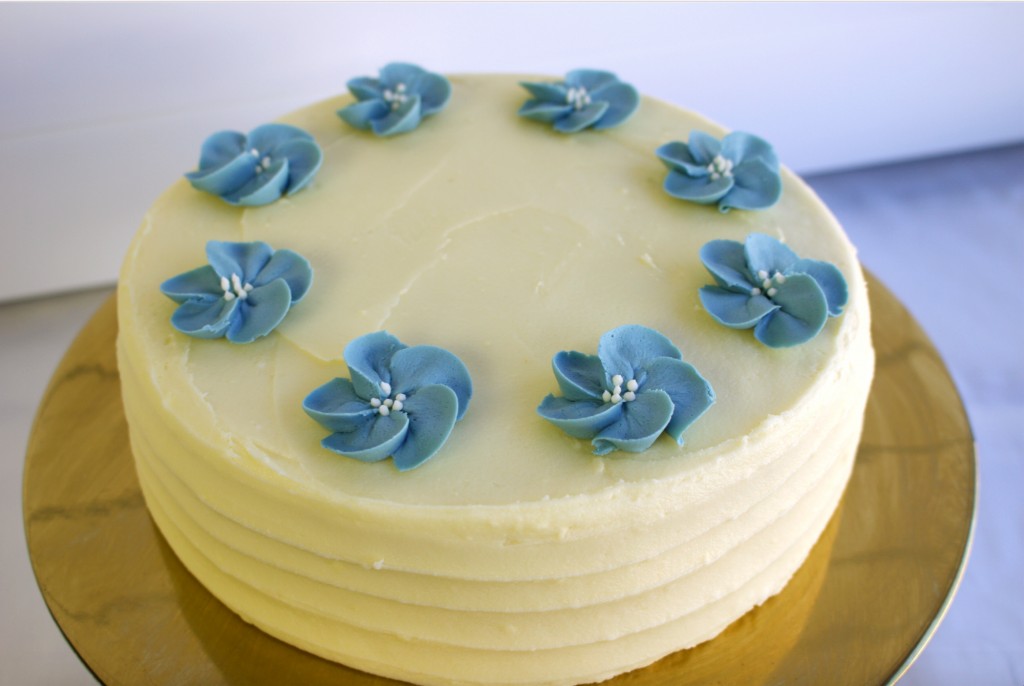 So obviously you knew I’d have to try to create an air fryer recipe, and I thought about cupcakes, but then I realised that I should just go big or go home, so I attempted to make my Mum’s favourite cake for her birthday, in an air fryer. By the way I bought her one too, and now the whole family is air fryer crazy!

If you know my family at all, you’ll know my mother’s birthday cakes are a pretty big deal. She’s not a baker, but she loves pretty much every cake I make, as long as it looks super pretty or over the top delish! Lots of her cakes are on my YouTube channel, and basically it’s a time for me to really pull out all the stops and wow her. So it might sound a little crazy that this year I chose the make her cake on the day of her birthday, in an air fryer, with no back up plan whatsoever. But if I’ve learned anything from us both owning an air fryer, it’s that they can cook basically everything, and we are both totally hooked! 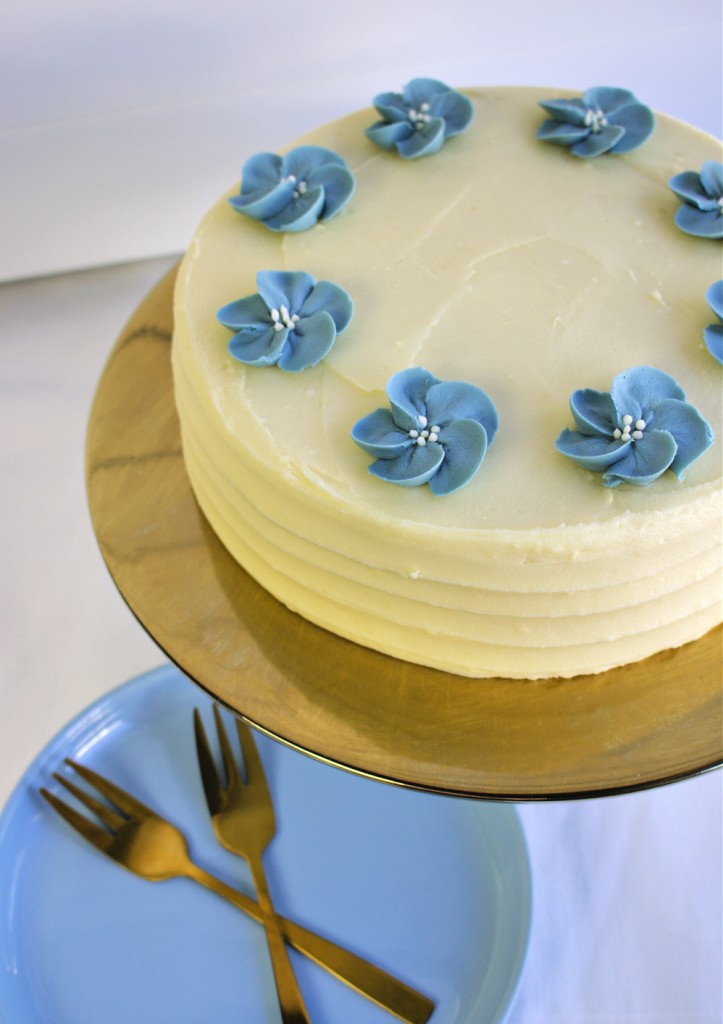 This is just my basic banana cake recipe, rich in flavour and moist and homely. It’s just about perfection. I baked this at a slightly lower temp in the air fryer since I didn’t want the top to burn, and it was perfect. I did take about 5 minutes longer to bake in the air fryer compared to the oven, but since you skip the long preheating process of the oven, doing both these layers took around the same time, and probably saved a lot in electricity.

It did make the tops a little crunchy, and I feel like the layers were about as high or just slightly less than normal, but the moisture level was perfection. It was so close to the oven version when you got down to eating a slice, that I couldn’t believe it myself. Imagine camping, or going through a kitchen reno, or someone like my Mum whose arthritis is so bad she doesn’t trust herself to deal with a big hot oven, still being able to bake an entire cake. It blows my mind.! 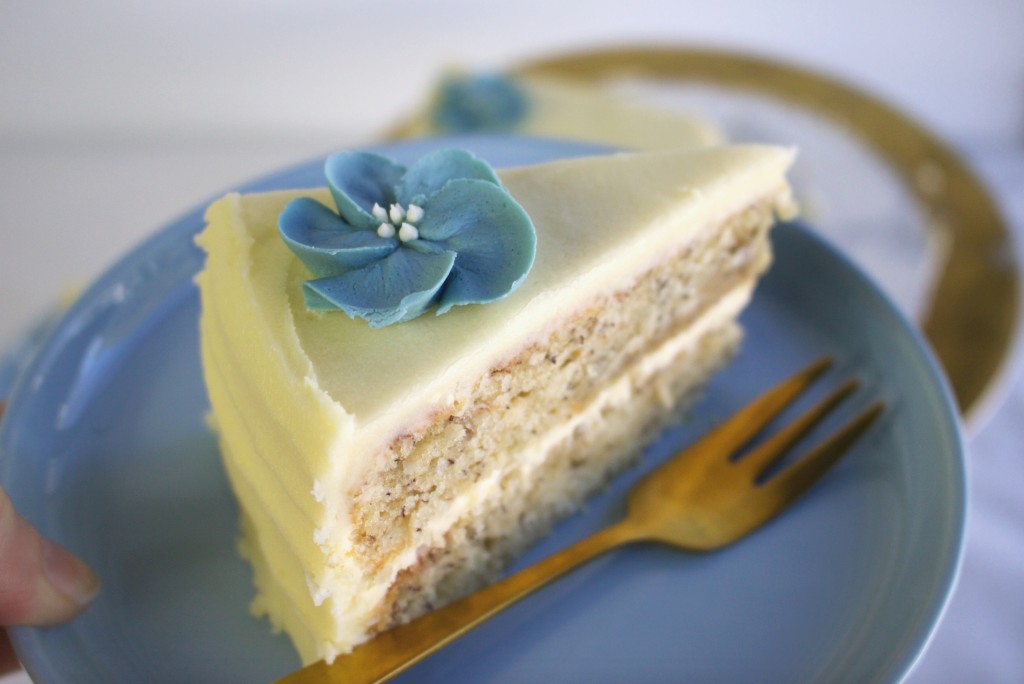 KEEP SCROLLING FOR THE VIDEO TO GO WITH THIS DELICIOUS AIR FRYER BANANA CAKE!

I kept my idea a secret until she came over for dinner, and then showed her the simple cake with pretty flowers, which were adorable, thanks 104 piping tip! It wasn’t as fancy as some years, but I was still bursting with excitement. Finally I let her in on the big deal this cake was, and said “and I made it in the air fryer!”. The look on her face was crazy! Even I couldn’t believe I’d pulled it off, but serving up a slice and taste testing was still going to make or break this recipe. Would it be crunchy, dry, undercooked? I was terrified, but at the same time it was a bit like being a kid doing a science experiment. The verdict, 5 gigantic ticks of approval! It was delicious! Seriously just a freaking great cake recipe. Love for you to give it a go, and tell me what you think. 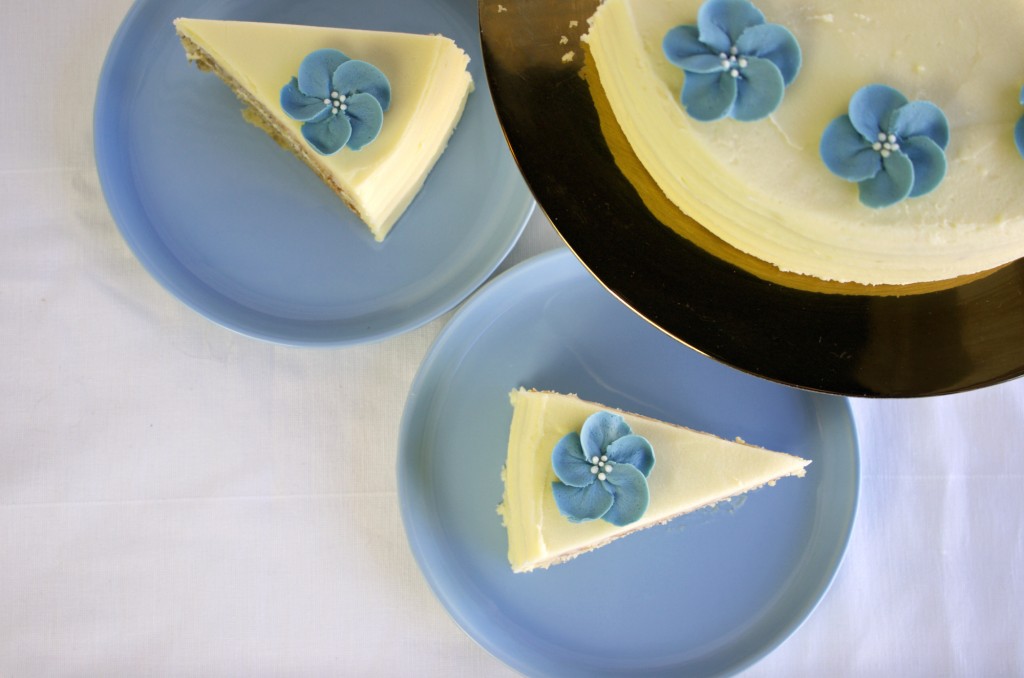